Someone posted on Ravelry that there was a loom looking for a home. It was in pieces, had belonged to the lady’s grandmother, and was more of a restoration than the new weaver could conquer.

So, I came home with a pile of wood and got to work. 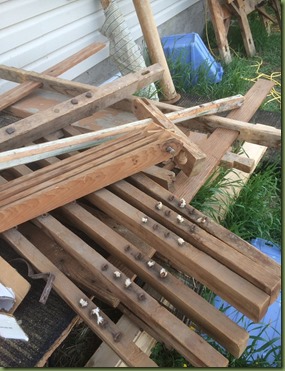 The shape of the body and those overhanging arms make me think Swedish loom. The lady said they lived in a Scandanavian community near Camrose, so … that would fit.

I get the impression it’s had several incarnations. The loom frame is put together with pegs (no nails, no screws), even the ratchet is attached with a wooden peg. 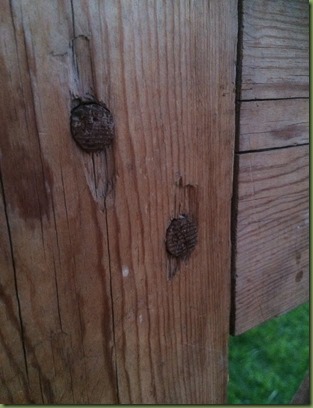 The overhead bar that the heddles hang from isn’t quite right though, nor are the metal heddles … this kind of loom would traditionally have string heddles on pulleys, and the beater bar (which is made partly from plywood) doesn’t rock properly … 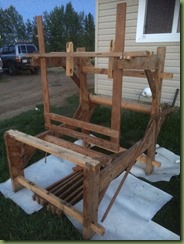 I need to build a cradle, and add some adjustable support pegs, like this: 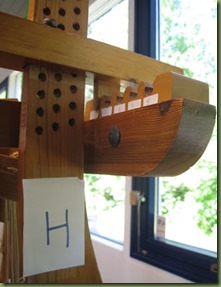 (A piece of wood with holes drilled through it then sliced in half on the table saw oughta work.)

Regardless, the adventure has been keeping me out of trouble for the last couple of days. So far I have: 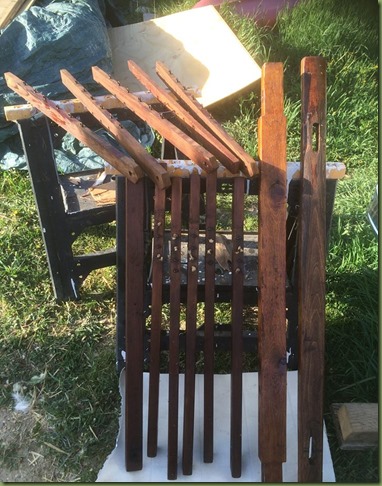