Once home from Fibre Week, there was the unpacking to do – which necessitated reorganizing the upstairs fibre studio to make room for a permanent batt bar, as I’ll be doing more blending now than before and I need the drum carder and all the raw materials right out where I can get to them. I got all that sorted (well, mostly, there are still some things just shoved in piles) and wore myself out even further.

Then I had a two day first aid class to take, as I plan to get my instructor’s certificate in September. This is a job that I think I can probably do even with my fluctuating energy levels: there are companies here that hire instructors just on a contract basis, so you pick up the gear, go teach, drop things back off, and get paid for the gig. No up front costs besides your training, very straightforward, and the work is the kind of thing where you can do as much or as little as suits you. So, there was that.

Then, there was the inevitable crash. I could feel it coming and I did all I could to mitigate, but I just couldn’t stave it off indefinitely. Something pushed me up and over the edge (doesn’t matter what, exactly, it was just one more straw on a heavily laden camel) and down I went. Two very, very dark days and then I managed, by sheer force of will for the most part, to drag myself up and out of the hole. I’m still pretty wiped out but at least I’m not as fragile as I was.

And, on my way back up out of the Dark, I handed my FAC license (the card that allows me to buy firearms or ammunition) over to my husband. We’ve chosen not to own firearms, given my periodic descents into Darkness, but I could, presumably, go and buy one as long as I have the card, so handing that over to the local Responsible Adult seemed like a good idea. I’m scared of guns anyhow, but still, better to just be proactive and take the option away entirely.

I am now in rest mode, spinning my fibre for the Tour de Fleece and watching Seaquest DSV on Netflix and doing as little as possible while I get my feet back under me.

I’ve made a lot of pretty string, though, see? 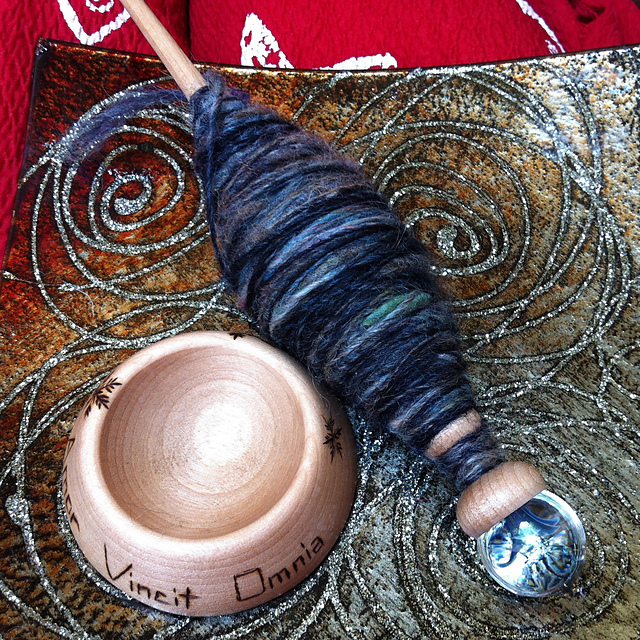 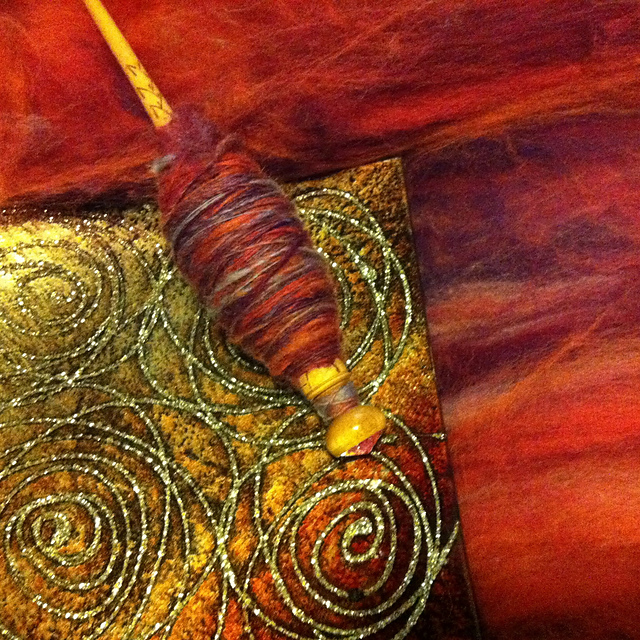 That’s about 275 grams so far, I hope to do a full kilogram by the end of the Tour. Which is in eleven days, so I’d better get back to spinning!